Couples often (always) ask us "How can we make our wedding memorable/better than everyone else's?"⁠
⁠
EASY! MAKE IT SPEW YOU!⁠
⁠
When Jess and Angus were planning their wedding, they weren't asking themselves - what will everyone else think/expect/want?⁠
⁠
Oh, no. No. No!⁠
⁠
They literally combined all the things THEY love, all the experiences THEY regularly enjoy, all the tastes, sounds, smells, aesthetics THEY bond over and shared the result with all the people THEY adore.⁠
⁠
Honestly. The entire day, beginning to end, arrival to departure - felt completely, genuinely them. And it was marvellous! Of course it was! Because everyone there got to step out of their own little square in the world and shimmy into someone else's version of WONDERLAND.⁠
⁠
If you want your wedding to make a mark on the memory box of every guest you invite, make it your own! In every sense of the word! In every possible way!⁠
⁠
Here's a few of the snazzy things Jess and Angus did to make their day a perfect reflection of them:⁠
⁠
- Guests were given a mood board to dress in Italian Summer theme - when you see the photos, you will immediately recognise this as GENIUS
- Champs on arrival for every guest, the greatest mood setter of all time
- Before the bridesmaids, came the FLOWER MEN⁠. Nick and Ducko from HIT 106.9  gallivanted down the aisle, tossing petals in the faces of guests and all over themselves. Obnoxious spins, graceful dips, forceful jumps and cheeky grins that spread so far across their faces they slipped onto everyone elses
- Two of their good pals/favourite musos sang pre-ceremony, during ceremony and for canapés afterwards - SOUND HAS NEVER BEEN SO DELICIOUS
- Had a Ceremony that looked/sounded/felt like them, because every response to their questionnaires was honest, hilarious, heartfelt, GENUINE GOLD
- Legged it straight after the ceremony for some private celebrating with their immediate family (on camera)
- No more than 30 minutes was spent on Wedding Party photos, so they had over an hour mingling and grazing with guests before heading to dinner⁠
- Instead of cocktail hour, they had a selection of their favourite wines, made by local winemakers from wineries they visit often
- Used every space Redleaf (their venue) offers, all for different purposes⁠
- Donated to charity for each guest instead of giving wedding favours⁠ - thoughtful little pumpkins
- Their favourite restaurant catered the event⁠
- The kitchen was set up OUTSIDE, under the stars, so everyone felt connected to the food⁠
- Angus, Nick and Ducko, surprised Jess with a compilation of all the times Jess had brought their relationship on air, right from their first meeting. All the guests listened to it during speeches - FEELS WERE REAL
- Angus and Jess had all their (very long) tables side by side. They sat right in the middle of everyone, rather than on a seperate table with their wedding party, because they wanted to feel connected with all their guests
- Every guest had a shot of limoncello instead of a cake. Zero cake! None!
- Their favourite DJ played their favourite music all night which meant the dance floor only ever got bigger⁠
- One of Jess' closest friends sang Dean Martin's 'That's Amore' live on the dance floor
- All guests arrived and departed via bus, which meant everyone could drink and be merry, silly things
- All their vendors were people they knew personally⁠ and had created a genuine relationship with

This wedding was one of the greatest we've seen. Not because the way every detail was considered and perfectly planned knocked our socks off. Not because Jess and Angus are so obviously, gloriously, wonderfully in love. Not even because of how divine and delicious everything looked, sounded and tasted. But, because they chucked the rule book out the window and made every part of the experience their own.

Try it! Spoil yourself! Go on! 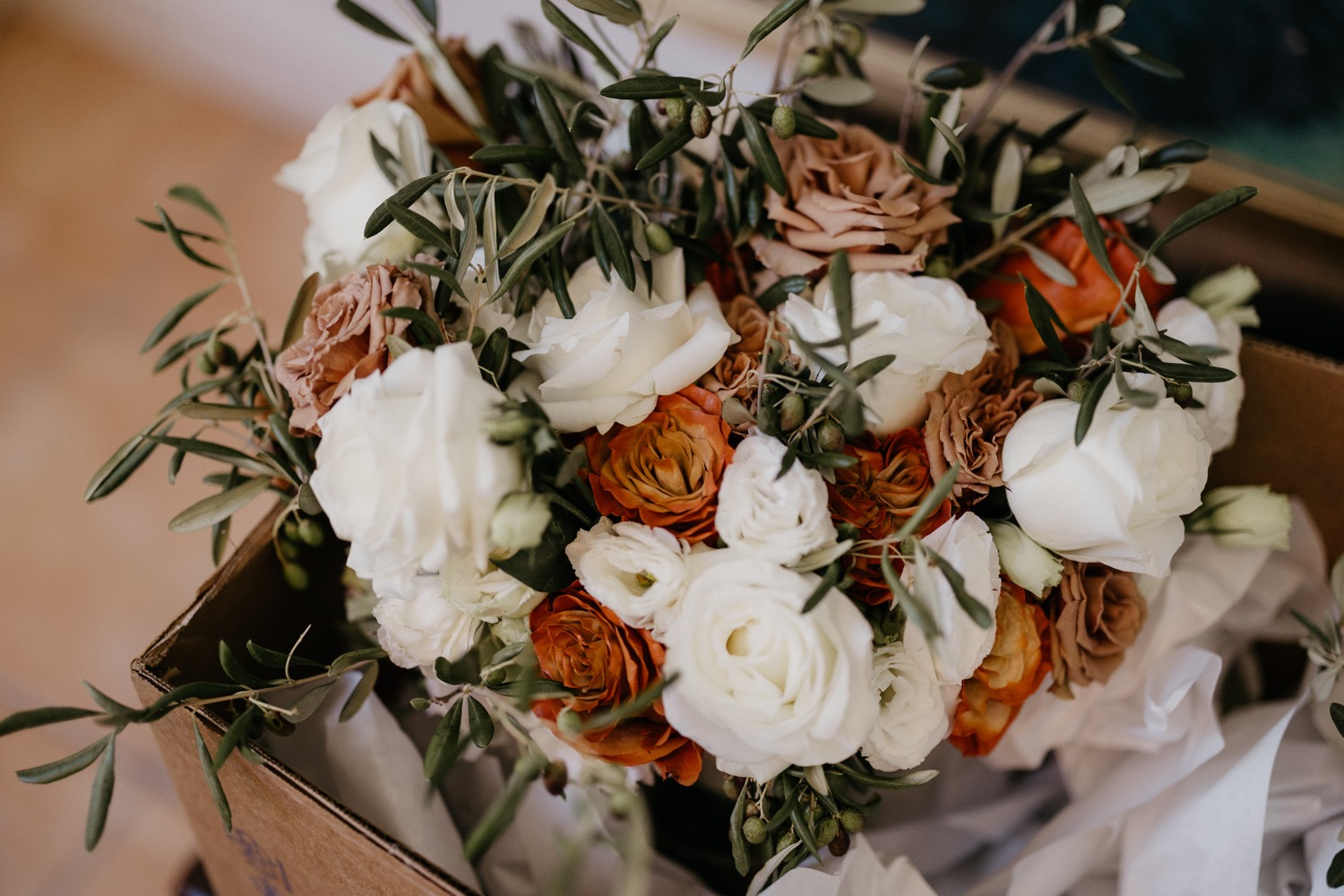